Smartphones: the Good, the Irrelevant and the Bad 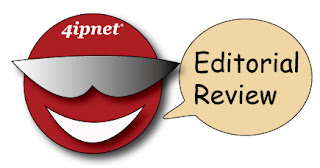 by Ernest
We live in a generation where information is required instantly. Stock market status, the current weather report, who befriended who on Facebook, or what Lady Gaga tweeted within the last 24 hours, somehow all becomes essential information we are intrigued in learning about (whether we need to or not). Whether stepping on the metro, taking a bus to center city, or even waiting for a flight at the airport, chances are you can find at least a dozen individuals consumed within their miniature-smartphone universe. The urge to connect to the World-Wide-Web and Social Media is like an irresistible itch on your back you must get your hands on. The following article discusses the current clichés of smartphone users including: The Good, the Irrelevant and the Bad.
The Good
Smart devices are created for the main purpose of “conveniences”. A study conducted by The Market Strategies International reports that the majority of Smartphone Users requires to shop, browse, and any other purchase as long as it is convenient (Sacbee.com 2012). The instant electronic payment without having to use check or cash have one-third of the study uncomfortable purchasing goods online due to security of personal information. The intriguing part is that two-thirds of the study is buying physical goods at the same rate as they are purchasing Apps (Sacbee.com 2012). If any technology or financial service provider can convince customers that mobile payment solutions is secure and convenient, it will give them an edge on future markets.
The Irrelevant… or Is It?
In light of humor, Google recently released survey results regarding the usage and behavior of U.S consumers with regard to their smart phones. The survey shows that 39% of smartphone users admit to having used their smartphone while going to the bathroom. 93% use their phones at home, while 81% browse the Internet and 77% search on their phones. 72% of smart phone users use their phones while consuming other media. One-third of smartphone owners use their phone while watching TV. And 45% of smartphone consumers use their phones to help them manage and plan activities, such as dinner plans, travel arrangement and finances (Techcrunch 2012).
Finally, with almost every media channel now streaming all over the web, one out of every five users would give up their Cable TV in order to keep using their smartphone.
The study shows that most people still like to use their smartphone within indoors location, venues are required to provide fast, easy and secure wireless connection so that the demanded information can be retrieved at an instant.
The Bad…But There’s Hope
Coming up with negative things to say about smartphones may be tricky since it varies between carriers and phone models. Ironically, smartphones also make it easier for consumers to voice their dissatisfaction through social media.
Yet, more than half of all smartphone consumers are still dissatisfied with the overall performance of their smartphone, citing problems with interrupted video or audio streaming, slow web browsers and social networking apps. Further problems include new App’s adaptability to old phone models and the constant software patch download to make their device function properly.  The origin of these problems may come from various places, including the quality of the downloaded App, software bugs or other glitches, and the quality of the device (Telecomseurope 2012). However, the most likely cause may originate from the mobile network itself.
To some, this is referred to as the “The Bandwidth Problem”.
The smartphone bandwidth issue is not an unfamiliar one. Many carriers have customers believing that smartphones are generating too much traffic, deteriorating the performances of their current network capacity.
Unfortunately, the one thing carriers won’t concede is how ill-designed their networks really are. If carriers spent enough time trying to make networks smarter, bandwidth could be allocated to meet the specific requirements for any smartphone user at any given time (ctoedge.com 2012).


As of now, the future status of smartphone connectivity seems to be in the hands of 4G technologies (ehow.com 2012). Take the United States for example, 4G technologies are already being incorporated into phone units, such as the Sprint Samsung 4G and products provided by Verizon Wireless. Currently, there is only a handful on the market, made by HTC and Samsung and sold by Sprint Nextel for its WiMAX 4G networks. MetroPCS has also announced some 4G phones for its growing 4G network in the near future (ehow.com 2012).
However, the problem to smartphone’s mobile shopping, easy browsing and faster media streaming has yet to be resolved, with 4G technology unlikely to be a long term solution. The unexpected rate of smartphone users is growing beyond anyone’s expectations and it is just a matter of time before the 4G network reaches a similar bottleneck as the current 3G network. This is why many telecom providers are now looking at wireless solutions that can provide total bandwidth management, seamless wireless mobility, and excellent quality of service with a dependable, high-end security.
If bandwidth can be allocated and customized according to the demands of the average smartphone users, customers may be able to experience a flawless connection seemingly a lot faster and securer than the standard mobile data plans. Meanwhile, just like the way smartphones have created a newer and improved way of connecting to the world, carriers must adapt new solutions in order to satisfy the new era of wireless mobility.